We’ve managed to squeeze in a last Lunacy Board session before the end of the year, and I’m pleased to say that it was a bit of a blinder. Having had a few sessions now to settle into what we’re doing and where we’re going, we now have the luxury of just setting up and getting on with the business (and fun) of making some new music. First of all we kicked off with a second recording of ‘The Unofficial National Anthem’, which has been significantly extended since our first attempt a couple of months ago – this time around it has a wider dynamic range and a wider spectrum of sounds as well as heading more towards the progressive genre than the first version. The result is a fairly large number of sonic layers which I’ll be editing and mixing down over the course of the next week or so to form our first public release.

We then followed this up with a first run through ‘The Man In The Boat’, which I haven’t even finished writing yet. I’ve been working on it with just voice and acoustic guitar, so it was great to hear it come alive with drums and electric guitar. It’s still pretty unpolished, with only a guide vocal (which was VERY ropey) and no bass or other accompaniment, but has given us a good starting point to work from.

Finally, we also tried a quick run-through of ‘Jim Crow’ which is at an even more embryonic stage – just a few choruses exist as I threw away the original verses. As I’ve been writing it, this song had a kind of Buddy Holly feel to it, with choppy acoustic chords and a fairly standard harmonic structure, but as we played the first chorus slowly through it picked up a swing rhythm, and backing vocals, resulting in a wonderful and most unexpected doo-wop style. Given the subject nature, or at least one aspect of it, this seems quite fitting, and hopefully we can pull it off when the rest of the song is written around it.

Hopefully my next post here will be to reveal our work to date. Stay tuned! 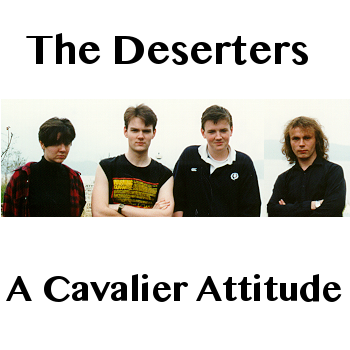