This year I once again had a go at the NaNoWriMo challenge of writing a book/50,000 words in the space of 30 days. I bent the rules somewhat this time around, using the 50k to finish off Some Other Scotland (yes, at last, I know!), write several short stories for both Every Photo Tells… and 100 Word Stories and make some progress with my latest writing project. I’m pleased to say that I broke the 50,000 word mark yesterday afternoon having made good progress with everything.

Some Other Scotland now requires some editing, as the breakneck speed of writing for NaNo resulted in a completed story, though spread out in a bit of a jumble and missing some items of research. Once I have the next few episodes complete, I will continue recording and publishing the remains of the story. It looks like it will come in at 51 or 52 episodes, which is roughly what I had expected when I first started, though the length of the episodes is longer in general than when the story started.

We’re also working on some new EPT eBooks to follow up the first one. Over the last hiatus, Katharina went back to revisit a couple of stories she had to skip the first time round. That means the next eBook will contain stories from both of us for all the photographs.

The last writing project (for the immediate future) is the novel set in the same world as my novella/album ‘Obscurities‘. Following this year’s NaNo, it now stands at just over 55k words, but this is only around half way through, though I hope to finish it next year before NaNo comes around again. It is progressing well and will also be accompanied by an album of new music, though this will be very different from Obscurities. 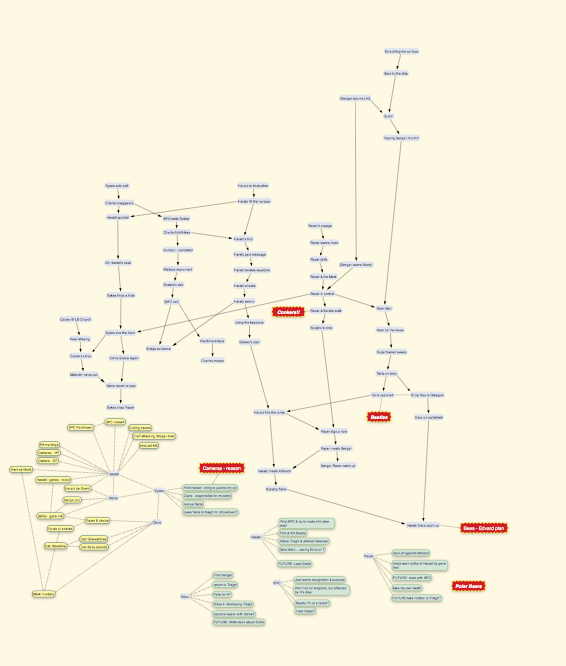