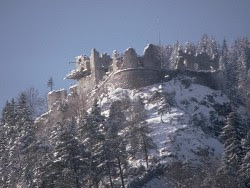 "To The Clouds" - A life changed by the R34 Airship