Three bits of theremin-related news popped up this week:

My short fictional tale of the effects of excessive theremin-playing is now available at Great Hites for you to read or to listen to as part of the podcast. The advantage of the podcast is that, not only do you get to hear my dulcet tones reading it (oh deep joy), but it is backed by some reasonably subtle theremin effects, hopefully adding to the atmosphere. It’s a fair bit less serious than my last GH story, but I’m quite happy with it. Whilst you’re there, check out the other stories and vote for your favourite. 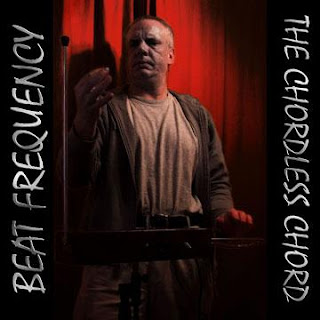 Experimental thereminist and Lunacy Board collaborator, Gordon Charlton (a.k.a. Beat Frequency) has released a rather special double package that incorporates both his treatise on experimental theremin playing, “The Beat Frequency Theremin Method”, and his debut solo album “The Chordless Chord” for the bargain price of only £8. The book is an interesting read for anyone interested in making electronic music, or in the experimental process, and not just budding theremin players. The order form is available on his blog along with video clips and an online preview of the book.

It really doesn’t seem like two years since the last Hands Off event, but here we are. This time round there are no workshops and no concert, with the event being a completely different beast. The aim this time is to use the combined theremin might of those attending (around only 20 in total – a select bunch), along with whatever additional noise-making equipment we can get hold of, to craft an album within two days. I believe the idea will be to split into smaller groups to work on pieces, recording them as we go, before picking the best to go together on an album. Given that the Lunacy Board managed to pull of an album in a single day, I don’t think this is an impossible task and wouldn’t be surprised if we got a double CD out of it. Time will tell. What will be interesting is the mix of people attending, from instrument builders and experimentalists through to classical theremin players – it is certain to feature lots of strange and unusual stuff. I’m looking forward to this, but it’s not until the end of August, so the wait begins here…

Wearing my pen out